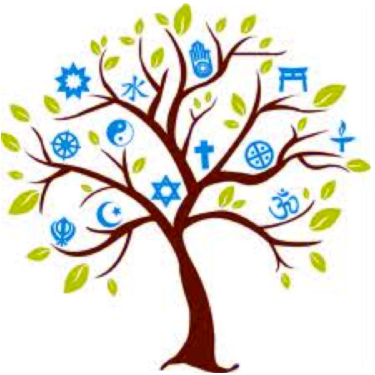 What would your children’s religion be?" my father asked me when he realised that I was determined to marry a girl who happened to be of a different faith. He warned me that "the kids will become teetar-bater (a hybrid of birds)", meaning that they would not have any specific identity. "We will see to it," I answered, not having given it any thought at the time.

The religious identity of children: this is a question faced by most couples on the threshold of an interfaith marriage. It is usually a part of the second set of questions that they are asked by their parents and others, the first set relating mainly to the socio-religious dynamics of such an alliance. The faith of their future children is not an immediate issue for those desirous of an interfaith marriage; for them, getting married is the first vital challenge of their relationship. That aside, do we really need a specific identity?

The ignorance or the iconoclastic nature of youth often delays the forming of mental biases that are visible in most of the prevalent orthodox discriminatory socio-religious practices. Most interfaith couples prefer to deal with such serious issues and situations as and when they arise. It is certainly however a crucial question for people in interfaith marriages and is one that has been addressed by Dhanak, a group working on issues concerning couples in interfaith relationships in India, which has initiated extensive discussion on the topic.

Repeated brainstorming sessions within the group have helped many of its members arrive at the decision that their children would be given a choice about which faith they wished to follow, after they attained maturity. Their children would grow up within a heterogeneity of faiths, which would be useful in developing their understanding about different religions or faiths.

Most of these couples choose to write "Humanity" when specifying the religion of their children in birth and other certificates. Fortunately, concurrent with the last two census surveys of India, we have been allowed the option of writing "Humanity" or some other unlisted faith when filling in the ‘religion’ section in official documents. Earlier, the category of "Humanity" was not included among the religions listed in the Indian referral census sheet. However, upon the birth of mixed parentage children, their parents must still convince hospital officials or the birth registrar about this otherwise the child’s religion will be recorded on the basis of the religion or name of the newborn’s father.

In 2008, despite strident opposition from various right-wing organisations, the government of Kerala took the initiative to expose schoolchildren in the state to the aforementioned concept when it introduced a chapter on children of mixed parentage in the social science textbook for Class VII. The chapter talks about offering a child the space to select his/her faith or caste after attaining maturity, where the parents have not specified their child’s religion or caste. The opposition to the introduction of such an orientation to children is particularly surprising because the book also talks about other faiths (religions) in the country. The fear of introducing the category of "no faith" for children of mixed parentage is based primarily on the fear of losing in a political numbers game, much like the same baseless fear that is obvious in several prevalent socio-religious practices. It is indeed ironic that man-made identities have taken over the natural identity of human beings.

Indian history provides several examples of social outcasting. Take, for instance, the Cheeta-Kathats based in Ajmer and Beawar in Rajasthan. This community, comprising some five to six lakh people, has evolved from mixed parentage, between the Rajputs and the Bhil-Meenas, as far back as the 12th century. For years their ostracism had forced them into dacoity. Today they are still struggling against discrimination by the dominant castes and religions of the region. There are several such unknown communities existing in India which have evolved through the oppression of the dominant upper castes and religions.

Fortunately, such communities and individuals have imbibed the values of religious coexistence from their parents and elders. Such individuals and communities are rich in genes and culture. They are a source of cultural and religious dynamism. They are the existing practitioners of religious brotherhood and coexistence and they need to be celebrated for their beliefs and syncretic practices. Their growth and existence could be a lesson for others who could so easily be sucked into the larger identity politics that is rapidly on the rise. I myself can vouch for the fact that it is good to nurture such "impure" teetar-baters instead of breeding "pure" vultures and eagles. Such cultural and religious hybrids are increasingly necessary in today’s world, threatened as it is by growing numbers of divisive puritans.