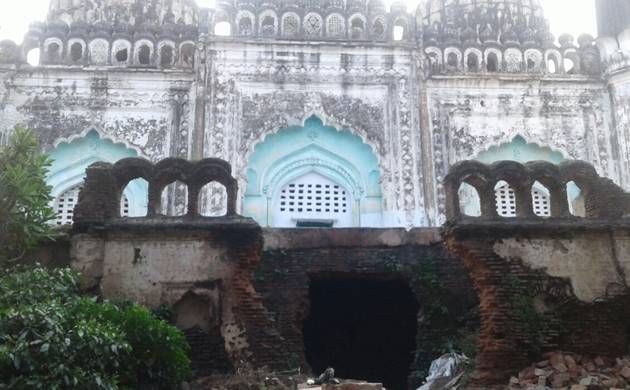 Three decades ago, a bitter dispute over the centuries-old Babri Masjid in Ayodhya culminated in the criminal demolition of the mosque by the sangh parivar on December 6, 1992 and a deep communal divide in the country.  Now, an extraordinary gesture by Mahant Gyan Das, chief priest of the Hanumangarhi temple in the same town has set a shining example of pluralism and peaceful co-existence before the country.

Days after the local civic body declared the dilapidated 300-year-old Aalamgiri Masjid 'hazardous' and pasted notice banning entry into building, the Hanumangarhi temple trust, which is in possession of the masjid land, not only allowed its reconstruction but also agreed to bear cost and welcomed Muslims to offer namaz at the renovated mosque, The Times of India has reported.

The Aalamgiri Masjid was built with the consent of Mughal emperor Aurangzeb by one of his generals in Ayodhya in 17th century. The structure and its land situated in an area called Argara came in possession of Hanumangarhi temple of Ayodhya after Nawab Shujauddaulah donated the land to the temple around 1765, on the condition that namaz would continue at the masjid.

However, for long no namaz had been offered at the mosque which gradually deteriorated for lack of maintenance or renovation. But the civic board’s notice barring entry into the dilapidated mosque spurred the local Muslims. They met Mahant Gyan Das to ask for the temple board’s permission for repairing the mosque. To their very pleasant surprise, the temple management not only allowed the local Muslims to get the masjid reconstructed, but also offered to bear the cost.

"I asked our Muslim brothers to renovate and reconstruct the masjid on our expense and also issued no-objection certificate for Muslims to offer namaz as this is also a 'Khuda ka ghar'," Mahant Gyan Das told The Times of India. "I am also extending support to renovation of a mausoleum on the premises which is as old as the masjid," added Gyan Das, who has been holding iftar for Ayodhya Muslims during Ramzan.