EXCLUSIVE! Protecting  the rights of small farmers, the Right to Food of all citizens 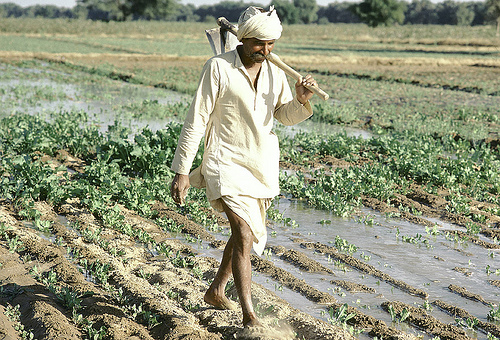 (This is a Briefing Paper on potential Impact of  the Dismantling of India’s Food Sovereignty and Food Security Regulatory and Legal Infrastructure framework through 3 Food and Farming Bills.)

Three Bills have been passed in Parliament which are being referred to as “Farm Bills” . However these are not about farming alone.

They are food system Bills. They affect the entire food system. These laws will determine we produce our food, how much do farmers get for what they grow, how much do people pay for food, how many people have livelihoods in the food system, and how we manage our soils, biodiversity and natural resources. They could dismantle India’s centuries old biodiversity based, small farmer centred centred tradition of Atma Nirbhar small farmers,  and 70 years of a regulatory system to protect small farms, small farmer livelihoods, the livelihoods of millions of workers and small traders in mandis , the right to food, and the food sovereignty of the country.

The three bills are

The Essential Commodities Act is not related to farm prices , but to the entire food system .

Putting trade and profits above people’s right to food is also a recipe for hunger as we experienced during British colonial rule which destroyed our Food Sovereignty through trade and a system of extraction of taxes from the peasants. 60 million Indians died due the resulting famines created by the British Empire. 1942 the Great Bengal famine killed 2 million people.

That is why in 1955, independent India passed the Essential Commodities Act, to prevent traders from profiteering from food while people died. The Government used the Essential Commodities Act to regulate the price of Bt Cotton Seeds and stop Monsanto’s exploitation of Indian farmers. Indian farmers paid Monsanto Rs 14,000 crores during 2002-2018 (17 years) even though Monsanto had no Patent on GMO Bt Cotton .

The Essential Commodities Act  is related to the Right to Food as a fundamental right. Food is life. Article 21 guarantees it, as does the Food Security Act  of 2013 which opens with:

An Act to provide for food and nutritional security in human life cycle approach, by ensuring access to adequate quantity of quality food at affordable prices to people to live a life with dignity and for matters connected therewith or incidental thereto.

The Essential Commodities Act embodies the duty of a sovereign government to regulate the prices of essential commodities. Without the Regulation of Food prices, there is no Right to Food .

The second Bill is the Farming Produce Trade and Commerce (Promotion and Facilitation) Ordinance, 2020 which dismantles the regulatory market framework that prevents traders and Agribusiness from exploiting farmers, and is the foundation of the biggest public food system in the world to ensure the Right to Food. Mandis are governed by APMC committees on which both farmers and traders sit .

No trader in a Mandi can take more than 2.5% , an ethic rooted in India’s ancient trading systems. 3 traders create a price difference of 6- 7% between farm price and consumer price. After the 1991 Neo liberal reforms, this started to diverge. After 1997 the polarisation increased to 40%.

Take the example of potatoes. Potato farmers are committing suicide because of high costs of inputs and falling prices. Pepsi sells potato seed, pesticides, fertilisers to farmers at high cost and buys potatoes at throw away prices. In 2019, farmers in West UP were selling 20kg sacks of potato for Rs 5. Meantime Pepsi sued Gujarat farmers for crores for saving potato seed. They had to withdraw the case because the Plant Variety Protection and Farmers Rights Act has Clause 39 which recognizes the farmers right to save, exchange, breed, sell seeds .

Integration of farmers into Corporate Food Systems is farmers slavery, not farmers freedom and farmers sovereignty